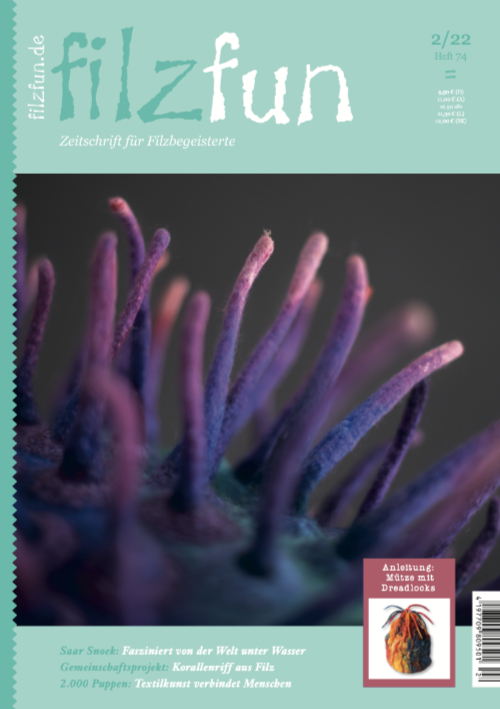 Apart from the coral installation in The Netherlands, some other communal projects have deepened the connections within the feltmaking scene: We present Annie Veldkamp’s SHARE project, during which she was able to collect about 2000 felt dolls, in part lavishly embroidered, and Gabriele Schilcher‘s tree wall hanging with its crown made of wish leaves designed by textile artists from several countries.